We noticed a 327% increase in business growth for Touch Up Laser after working with the messenger campaign!

We turned $1,218 of ad spend into 192 potential medspa customers on a monthly basis!

On average, 46 of those leads opted into receiving different offers from Touch Up Laser!

Once we found the audiences that worked and fully optimized our campaign, messages were coming in like crazy!

We built a growing list of clients and potential clients that WANT to get treatments and will happily hear about new offers that Touch Up Laser provides. On average 46 new leads are being added to this list per month!

In every business, not every lead that leaves their information becomes a customer. And not every person that became a patient at Touch Up Laser did so the first time they heard about a particular treatment; Meaning they need to see or hear about Touch Up Laser several times before they make the decision of coming in for a treatment. The process of reaching out to a potential customer multiple times is what’s called nurturing the lead.

To increase the chances of a lead becoming a patient and to increase the amount of money a patient will spend in the long run, we had to create a way to follow up with both.

We asked each woman that left her phone number and became a lead if she wanted to receive offers and specials from Touch Up Laser. 23% of the women said “yes”! Now these women can receive special deals and offers from Touch Up Laser on a regular basis and it costs them pennies to send texts out to this list.

Touch Up Laser is a medspa in Las Vegas that focuses on laser hair removal and skin restoration treatments.

Their main goal is to invite more women in the Las Vegas valley into the medspa to receive treatments and help their company grow. Touch Up Laser are looking for women that are willing and able to take better care of their skin or want to try new, advanced skincare treatments. 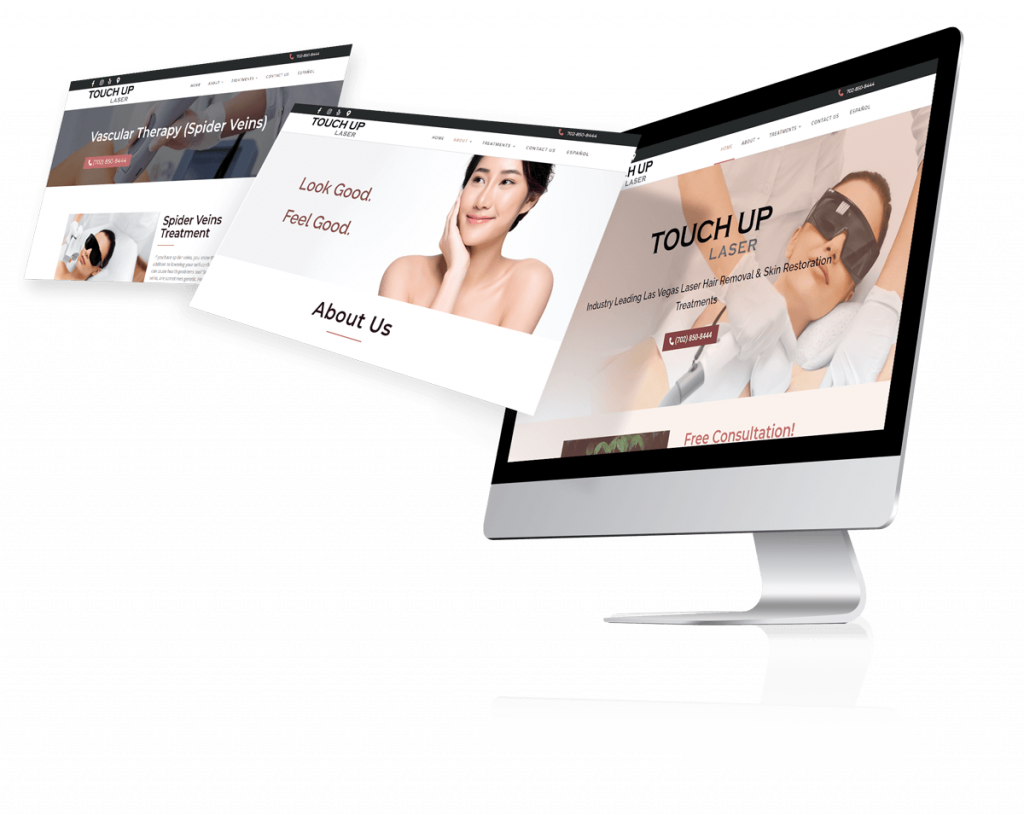 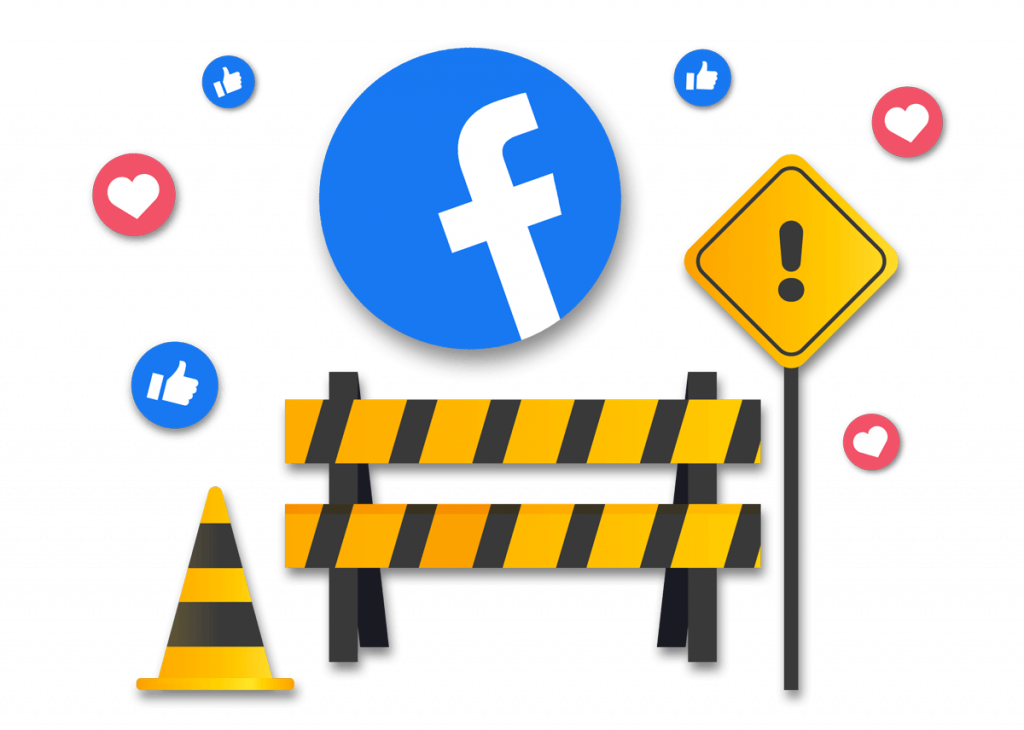 The main challenges Touch Up Laser faced were attracting the right customer, and handling the amount of inquiries they received. Previous advertising campaigns would generate traffic to the Touch Up Laser website but very few people would leave their information regarding treatment. Many women who would reach out to Touch Up Laser who were not able to afford any of the advanced treatments they have to offer.

We decided to use Facebook for our ads because it allows us to laser focus on who we want our ads to be displayed to and since roughly 80% of internet users use Facebook.

Our primary audience were women that displayed interest in facial/skincare products, beauty salons, and cosmetics that were over the age of 25.

At first, the main types of campaigns that we were using were Traffic Campaigns that drive more people over to the Touch Up Laser website. 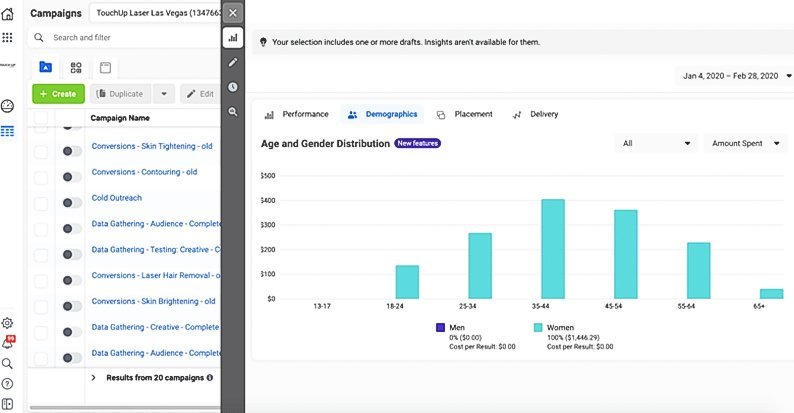 Within a month from January 4 – February 4, 2020, the traffic campaigns were working to push people onto the site. The client’s total spent was $310.36 with a total of 90 links clicked.

After several months of experimentation between different ads, the total amount spent was about $2K and 1,428 women clicked onto the website. About 2.33% of those who landed on their initial landing page left their information. Only 33 leads in a few months was not enough.

So, to get more leads, we decided to try another route other than bringing women onto the Touch Up Laser website.

That’s when we decided to try engaging more women by sending them to Facebook messenger rather than the Touch Up Laser website. And when we started seeing meaningful results.

We understood that the flow of traffic over from the website to Facebook Messenger meant that someone would need to handle incoming messages. And that no medspa owner wants to constantly be staring at their phone waiting at the ready to answer the neverending waves of messages.

An automated responder, or chatbot was the perfect tool to use to help gather information while keeping the conversation going. The moment that a woman saw the ad and responded in Facebook Messenger, the chatbot would go down a specific script that we had set up prior with the end goal of asking for their phone number and afterwards asking if the woman wanted to receive deals and discounts.

The chatbot was set up to also answer the most frequently asked questions that people had such as “what is the address” and “How much does a treatment cost”. When the Facebook user wrote a question or response that the chatbot did not know how to respond to, it automatically asked if they would like to speak to one of Touch Up Laser’s technicians that could handle the response and in turn try to schedule an appointment.

Fast Forward
(from October 2020 to present)

After getting our baseline, our main focus was improving the amount and quality of traffic through different campaign objectives.

We tested  step by step to ensure that if we found a positive change we knew exactly what factor was causing the positive response.

This involved testing different ads and landing pages to optimize for which brought in a higher number of quality leads. Ultimately we found that the ads were working really well once we changed over to Facebook Messenger campaigns. 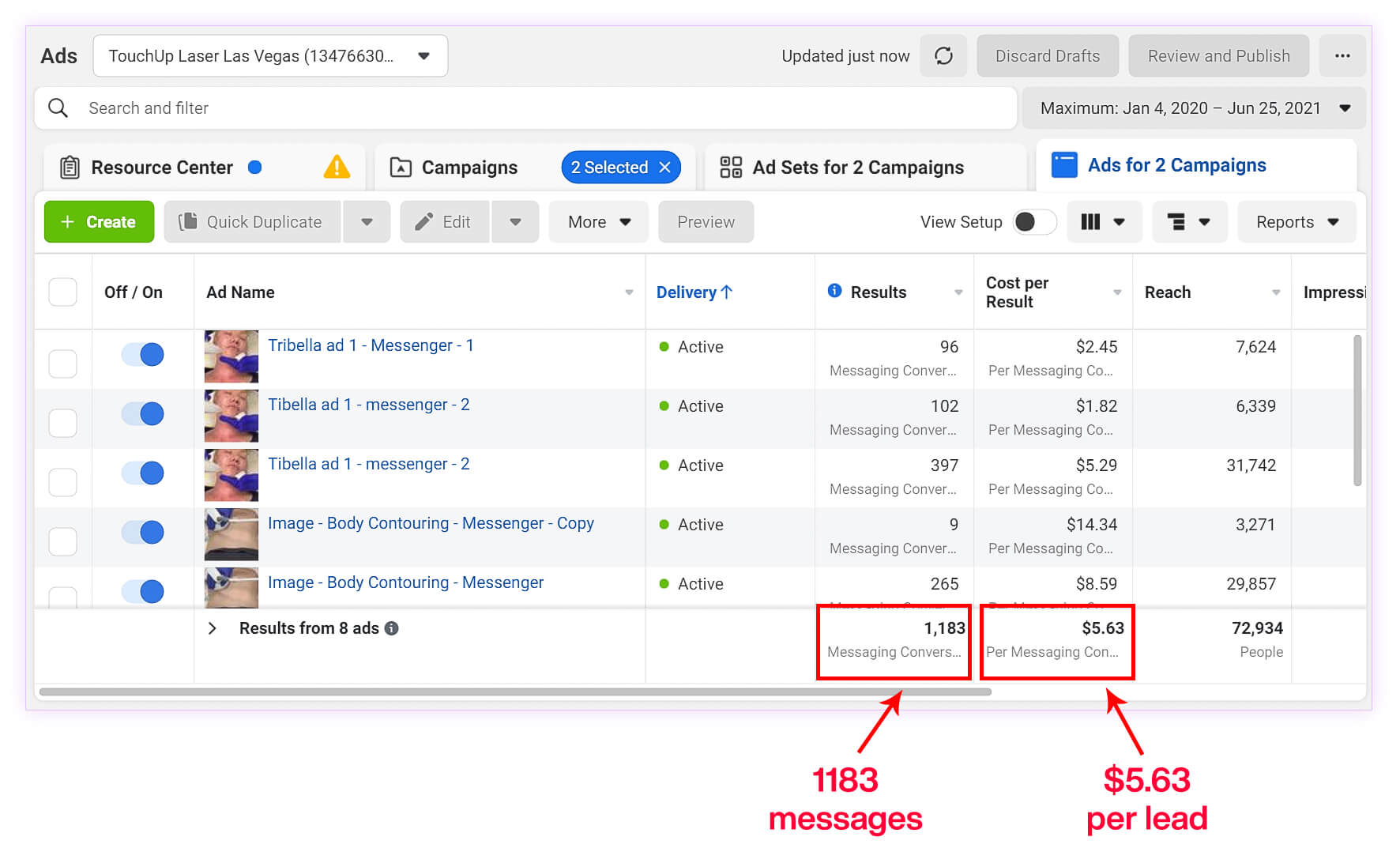 Local Wiz designed for business owners and marketing agencies to help them improve their online reputation and search engine optimization quickly and efficiently.

What are We Good At 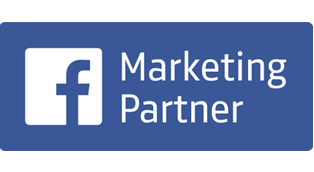 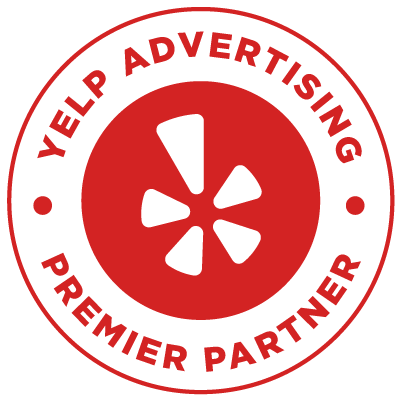